Customized Employment as an Evidence-based Practice to Improve the Employment Outcomes of Transition-age Youth with Physical Disabilities: Case Study 6 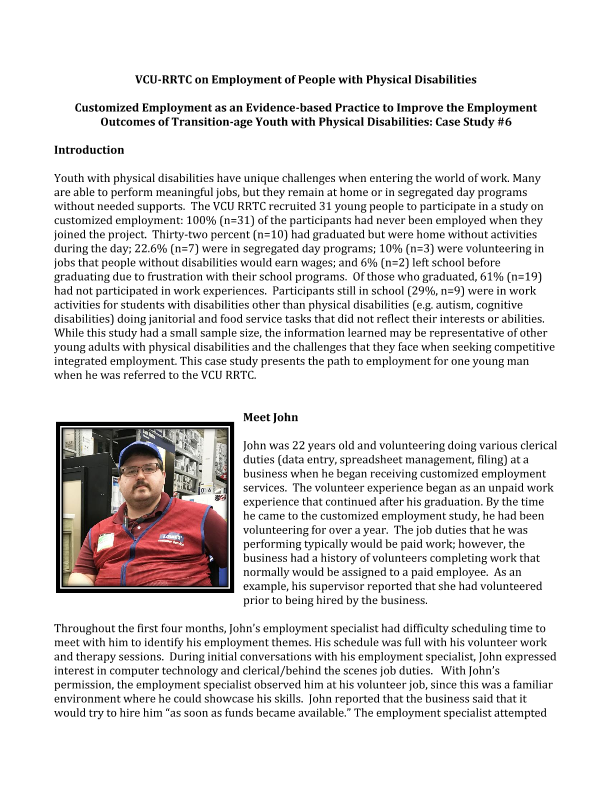 Youth with physical disabilities have unique challenges when entering the world of work. Many are able to perform meaningful jobs, but they remain at home or in segregated day programs without needed supports. The VCU RRTC recruited 31 young people to participate in a study on customized employment: 100% (n=31) of the participants had never been employed when they joined the project. Thirty-two percent (n=10) had graduated but were home without activities during the day; 22.6% (n=7) were in segregated day programs; 10% (n=3) were volunteering in jobs that people without disabilities would earn wages; and 6% (n=2) left school before graduating due to frustration with their school programs. Of those who graduated, 61% (n=19) had not participated in work experiences. Participants still in school (29%, n=9) were in work activities for students with disabilities other than physical disabilities (e.g. autism, cognitive disabilities) doing janitorial and food service tasks that did not reflect their interests or abilities. While this study had a small sample size, the information learned may be representative of other young adults with physical disabilities and the challenges that they face when seeking competitive integrated employment. This case study presents the path to employment for one young man when he was referred to the VCU RRTC. 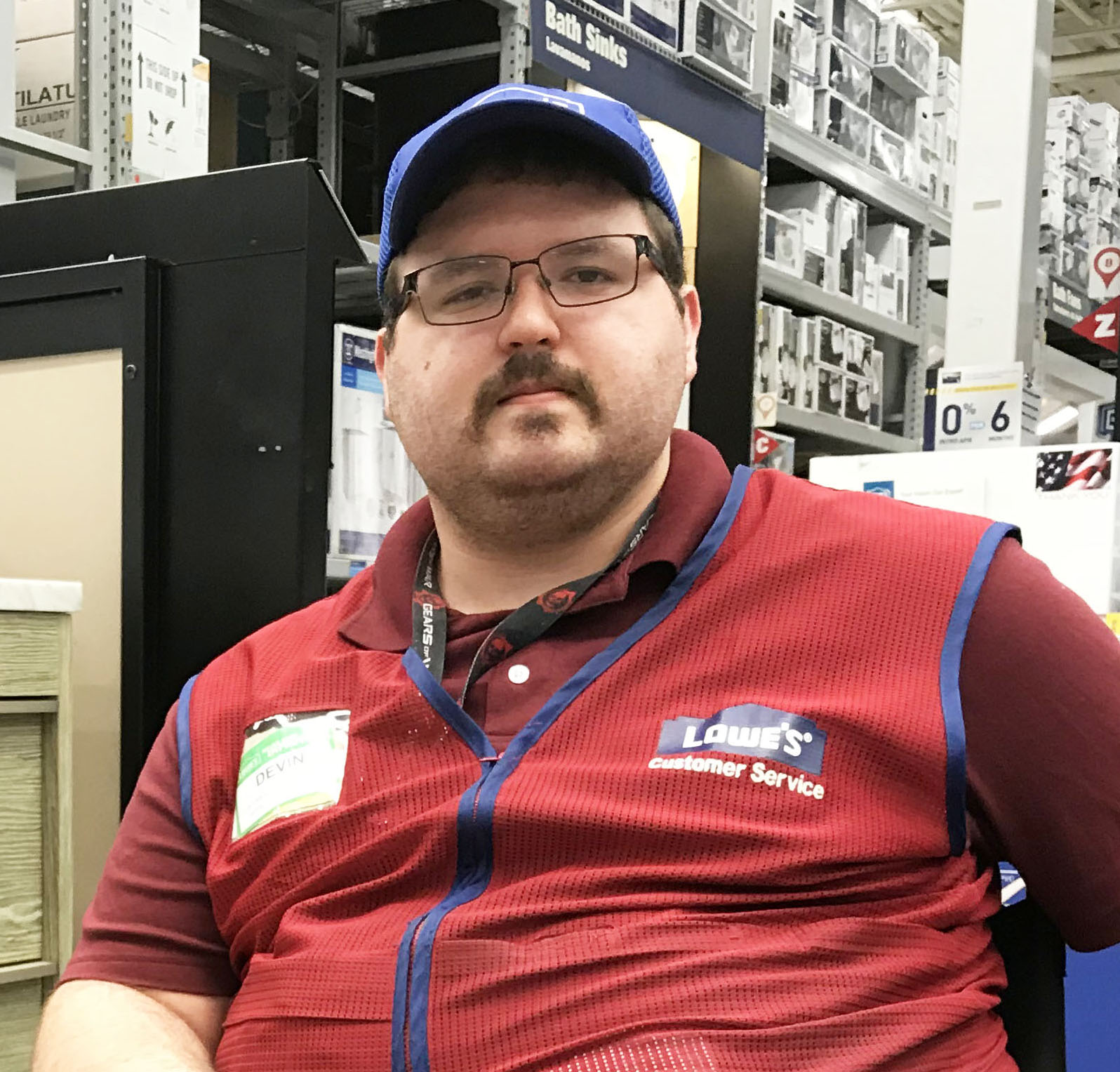 John was 22 years old and volunteering doing various clerical duties (data entry, spreadsheet management, filing) at a business when he began receiving customized employment services. The volunteer experience began as an unpaid work experience that continued after his graduation. By the time he came to the customized employment study, he had been volunteering for over a year. The job duties that he was performing typically would be paid work; however, the business had a history of volunteers completing work that normally would be assigned to a paid employee. As an example, his supervisor reported that she had volunteered prior to being hired by the business.

Since he had demonstrated skills and interest in clerical positions, the employment specialist assisted in setting up an informational interview at a regional medical center. There, he learned more about potential jobs and discussed with his employment specialist some of his concerns about working. This included his anxiety around answering the telephone and worrying about questions that he could not answer. John was also concerned about fatigue related to the progressive nature of his disability. His employment specialist assured him that these things could be negotiated with an employer and a job customized to meet his needs.

Other discovery activities included informational interviews mostly focusing on his vocational theme of clerical tasks. The employment specialist approached a business about customizing a position for him that involved inventory management and associated clerical tasks. It appeared that the business was very interested in creating a new job description for him, and an employment proposal was presented to the employer. Unfortunately, the business determined that it would not be able to develop a new job description for John.

John’s vocational rehabilitation counselor suggested that he participate in a mock interview at Lowes. He discussed the interview with his employment specialist after the activity and he followed up with the business. The manager reported that he was impressed with John, and the employment specialist presented the ideas of customizing a position around John’s therapy schedule and to exclude answering the phones or managing the cash registers. At first John, expressed concerns about working at Lowes, because of his anxiety of communicating with customers. With the support and encouragement of his employment specialist, he decided that he was interested in the negotiated position. 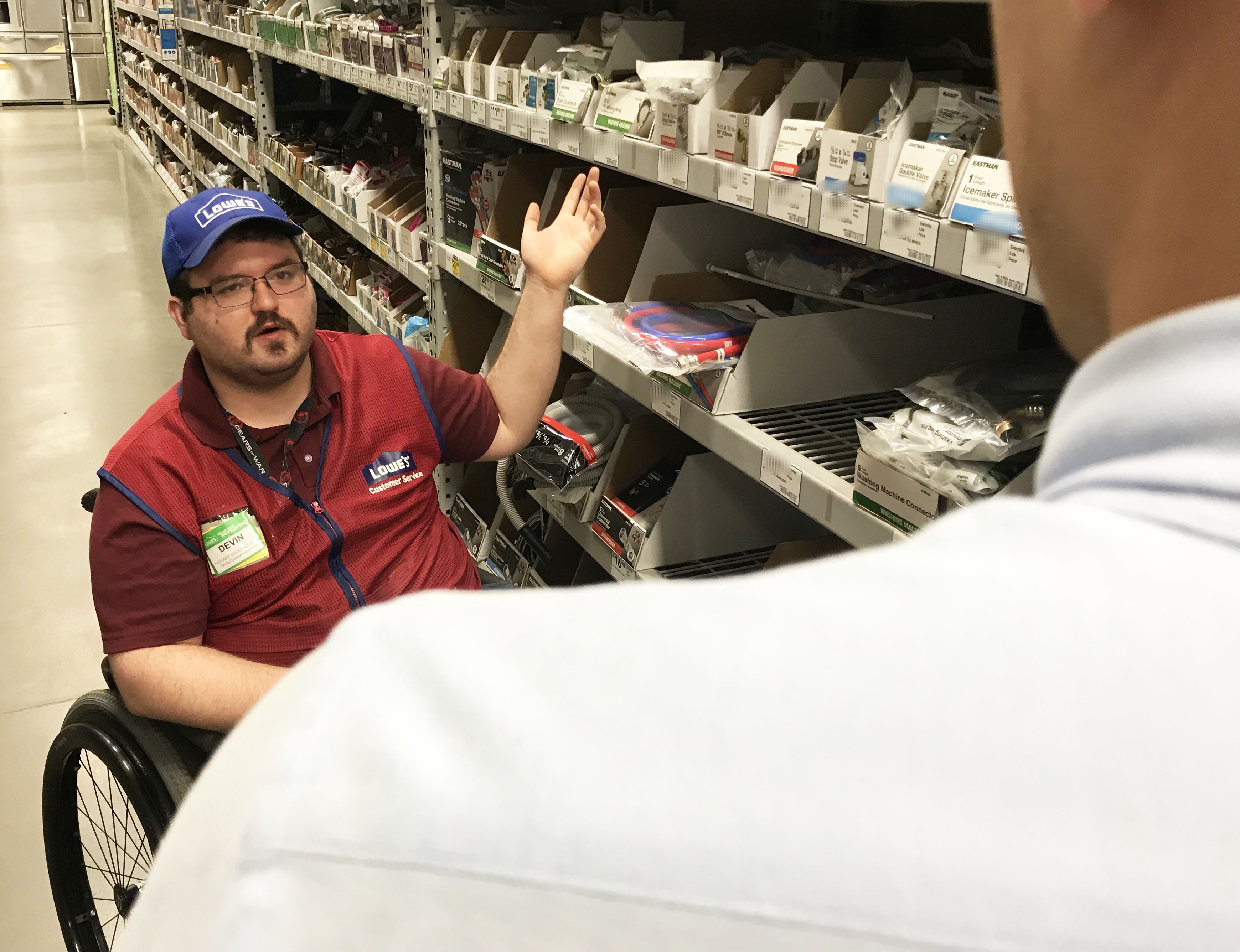 John was hired at Lowes making $11.41 an hour for 18 hours per week. He began working at the entrance to the store where he worked with a mentor to learn the store layout. His job duties were negotiated to include greeting customers, assisting with directions, ensuring 1-2 carts were available, and restocking certain returned items. Initially, John was anxious about speaking with customers, but with experience and support, he became more comfortable. He stated that as he learned more about the layout and products in the store, he felt more confident in himself in addressing questions and assisting customers. 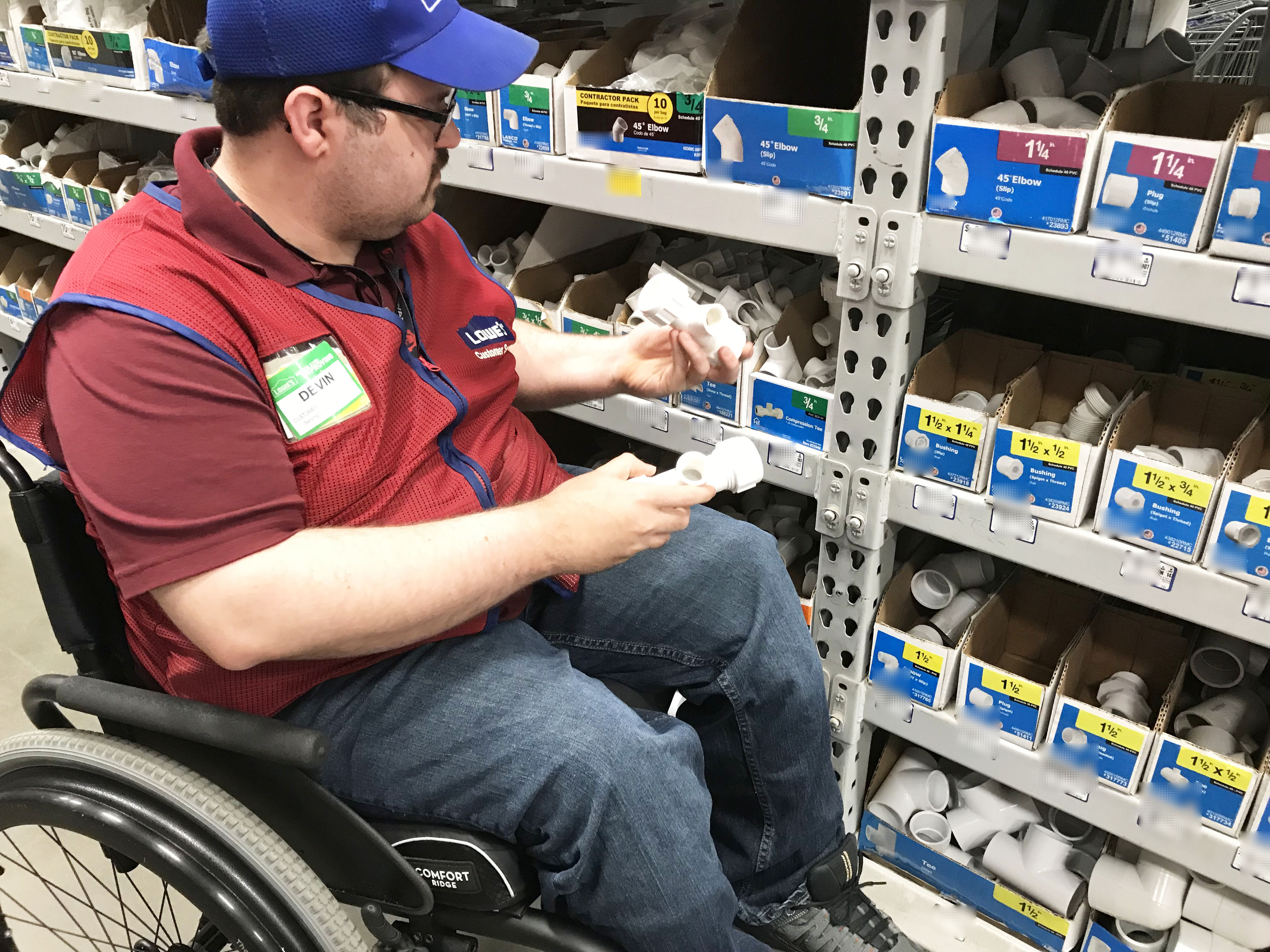 After his first year of employment, John received a raise to $12.21 an hour working 18-24 hours per week. He requested to work in the plumbing department, since his father had taught him about plumbing. In the plumbing department, John’s job duties became answering customer’s questions and helping to find plumbing items. Once he became confident in the department, John expressed to the employment specialist that he felt comfortable answering the phone. John advocated for himself to receive more hours and has occasional weekend shifts. John had come a long way in developing his self-confidence!

The intent of telling John’s story is not to criticize the volunteer work that he was completing prior to receiving customized employment services. The purpose is to ensure that service providers are aware of the issues surrounding volunteer non-paid work. Most importantly, youth must understand that work experiences are just that: work experiences. There is no guarantee that a business will hire the person to complete job duties that are completed for “free.” John’s volunteering clearly delayed his seeking paid employment and, while he was volunteering without coercion, he believed that the opportunity would eventually become a paid position.

During a focus group conducted by the VCU-RRTC on Employment of People with Disabilities, participants with cerebral palsy (CP) discussed volunteering as an option for entering the labor force. While talking about discrimination against people with CP and attitudes of employers, volunteering was noted as one way that a person with CP could "prove" they could do the work required of a particular position. One participant stated the following: I was looking back over my career and realized that I only had one job in about 25 years of working where I didn’t have to work for free first to prove that I could have the job. We’re talking back since the mid 1970's. Another participant, framing it as advice, suggested the value of volunteering by saying, Be willing to volunteer your services for a time just to prove that you have value. A lot of employers just don’t see it unless you prove it to them. These quotes present volunteering as a necessary step for addressing discrimination rather than something that was done willingly by these individuals seeking employment. As in John’s example, they too thought that volunteering might be a “path” to paid employment.

While volunteer experiences can provide valuable opportunities, volunteer work should not be a prerequisite to or delay access to paid employment. If a person is involved in a volunteer position as part of the career-planning process, information must be gathered efficiently and align with the individual’s plan for employment. Guidelines under the Fair Labor Standards Act can be found on the Department of Labor’s Website and a link is provided in this case study’s resources. Specifically, youth with disabilities may volunteer for religious, charitable, or similar non-profit organizations but may not volunteer services to for-profit private sector businesses. They also should not replace workers without disabilities who are paid by the business or organization to do the work. Service providers must evaluate the pros and cons of volunteering with the job seeker and ensure that the volunteer work is not delaying or interfering with a job search.

Field Operations Handbook: Chapters 10 and 64 of the Wage and Hour’s Field Operations Handbook provides guidance on wages pertaining to non-paid and subminimum wages for individuals with disabilities. Chapter 10 provides information on the Fair Labor Standards Act (FLSA) including what is an employment relationship, statutory exclusions, and geographical limits. Chapter 64 addresses the issues around employment of workers with disabilities at special minimum wages under Section 14(c) of the FLSA.

VCU-RRTC is an equal opportunity/affirmative action institution providing access to education and employment without regard to age, race, color, national origin, gender, religion, sexual orientation, veteran's status, political affiliation, or disability. The VCU-RRTC on Employment of People with Physical Disabilities is funded by the National Institute on Disability, Independent Living, and Rehabilitation Research (NIDILRR grant number #90RT503502). NIDILRR is a Center within the Administration for Community Living (ACL), Department of Health and Human Services (HHS). However, these contents do not necessarily represent the policy of NIDILRR, and you should not assume endorsement by the Federal Government.