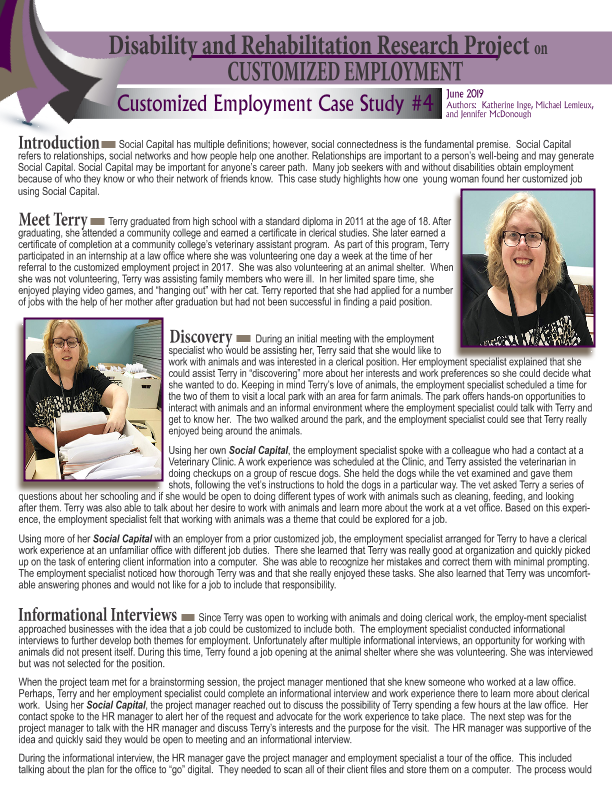 Social Capital has multiple definitions; however, social connectedness is the fundamental premise. Social Capital refers to relationships, social networks and how people help one another. Relationships are important to a person’s well-being and may generate Social Capital. Social Capital may be important for anyone’s career path. Many job seekers with and without disabilities obtain employment because of who they know or who their network of friends know. This case study highlights how one young woman found her customized job using Social Capital.

Terry graduated from high school with a standard diploma in 2011 at the age of 18. After graduating, she attended a community college and earned a certificate in clerical studies. She later earned a certificate of completion at a community college’s veterinary assistant program. As part of this program, Terry participated in an internship at a law office where she was volunteering one day a week at the time of her referral to the customized employment project in 2017. She was also volunteering at an animal shelter. When she was not volunteering, Terry was assisting family members who were ill. In her limited spare time, she enjoyed playing video games, and “hanging out” with her cat. Terry reported that she had applied for a number of jobs with the help of her mother after graduation but had not been successful in finding a paid position. 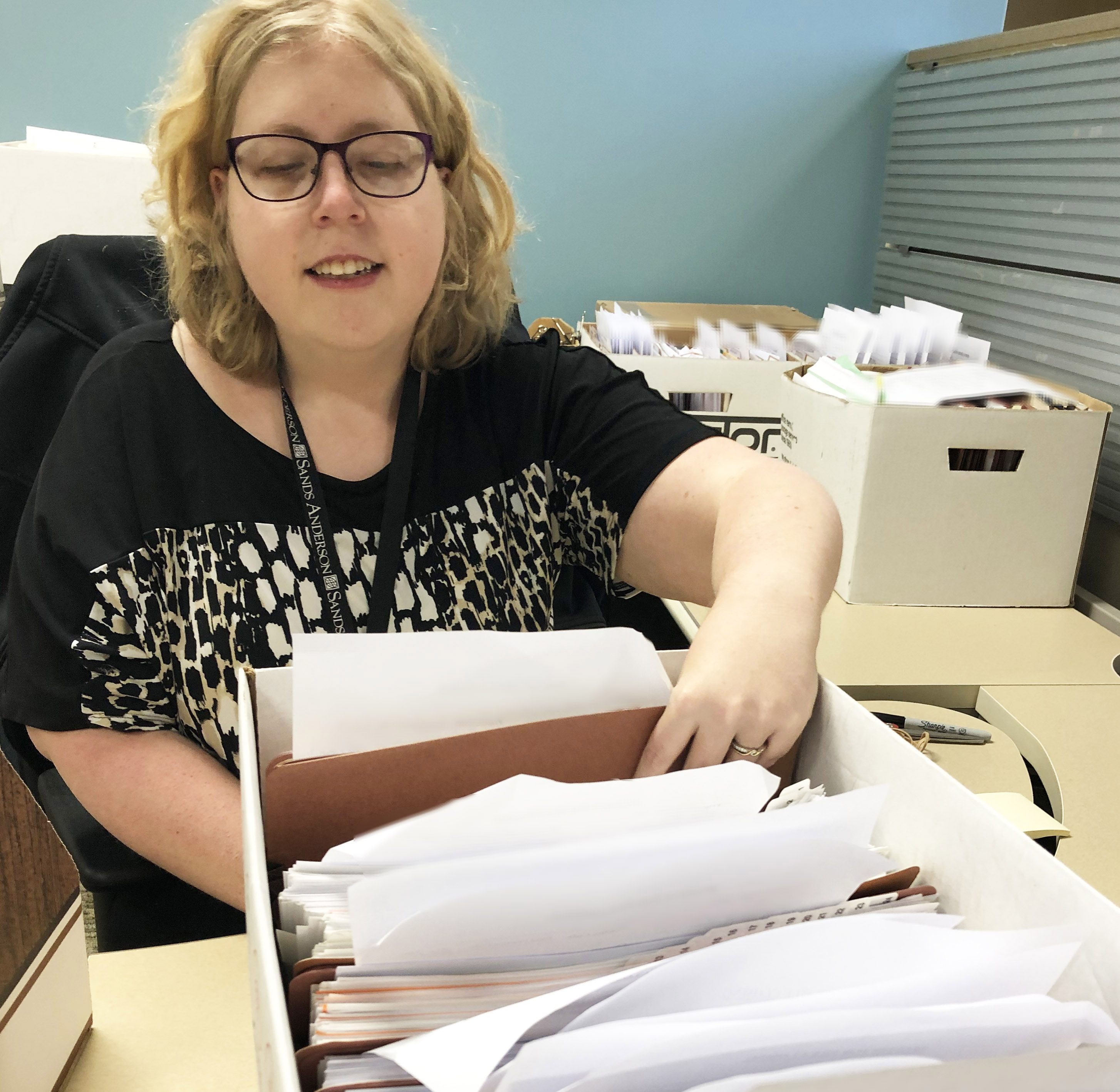 Using her own SOCIAL CAPITAL, the employment specialist spoke with a colleague who had a contact at a Veterinary Clinic. A work experience was scheduled at the Clinic, and Terry assisted the veterinarian in doing checkups on a group of rescue dogs. She held the dogs while the vet examined and gave them shots, following the vet’s instructions to hold the dogs in a particular way. The vet asked Terry a series of questions about her schooling and if she would be open to doing different types of work with animals such as cleaning, feeding, and looking after them. Terry was also able to talk about her desire to work with animals and learn more about the work at a vet office. Based on this experience, the employment specialist felt that working with animals was a theme that could be explored for a job.

Using more of her SOCIAL CAPITAL with an employer from a prior customized job, the employment specialist arranged for Terry to have a clerical work experience at an unfamiliar office with different job duties. There she learned that Terry was really good at organization and quickly picked up on the task of entering client information into a computer. She was able to recognize her mistakes and correct them with minimal prompting. The employment specialist noticed how thorough Terry was and that she really enjoyed these tasks. She also learned that Terry was uncomfortable answering phones and would not like for a job to include that responsibility. 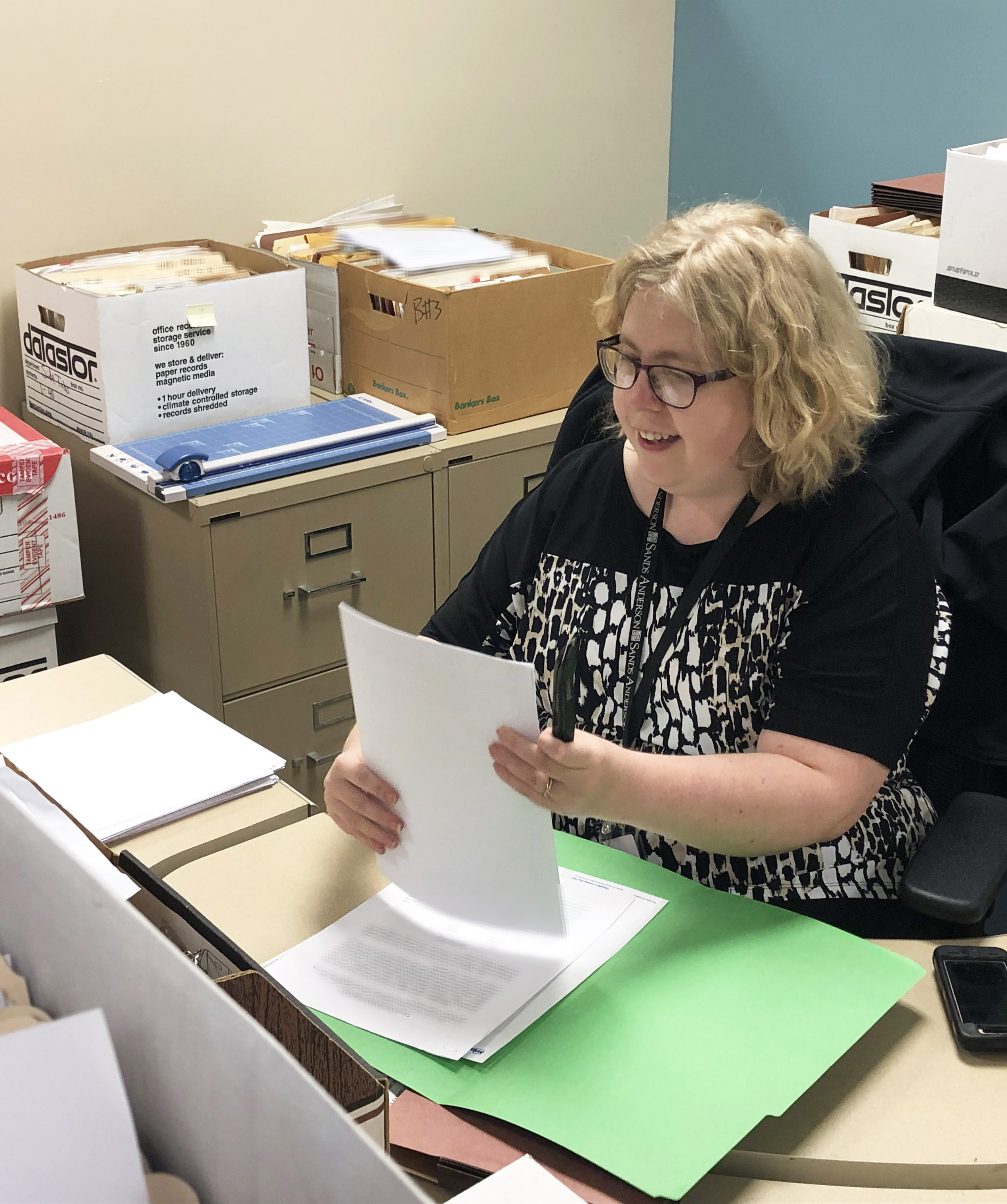 Since Terry was open to working with animals and doing clerical work, the employment specialist approached businesses with the idea that a job could be customized to include both. The employment specialist conducted informational interviews to further develop both themes for employment. Unfortunately after multiple informational interviews, an opportunity for working with animals did not present itself. During this time, Terry found a job opening at the animal shelter where she was volunteering. She was interviewed but was not selected for the position.

When the project team met for a brainstorming session, the project manager mentioned that she knew someone who worked at a law office. Perhaps, Terry and her employment specialist could complete an informational interview and work experience there to learn more about clerical work. Using her SOCIAL CAPITAL, the project manager reached out to discuss the possibility of Terry spending a few hours at the law office. Her contact spoke to the HR manager to alert her of the request and advocate for the work experience to take place. The next step was for the project manager to talk with the HR manager and discuss Terry’s interests and the purpose for the visit. The HR manager was supportive of the idea and quickly said they would be open to meeting and an informational interview.

During the informational interview, the HR manager gave the project manager and employment specialist a tour of the office. This included talking about the plan for the office to “go” digital. They needed to scan all of their client files and store them on a computer. The process would include sorting through the files to remove staples, paperclips, and binder clips as well as removing any documents that could not be scanned. The HR manager explained that the task was crucial to the flow of the business and needed to be completed! When asked who was currently doing the work, she reported that the office had an intern who was scanning the files when he had time. However, this work was not getting done consistently. During the tour, the project manager and employment specialist commented on the number of boxes that needed to be scanned, and the HR manager stated that there were even more at an offsite location. It was proposed that Terry have a work experience, and the HR manager agreed.

The work experience included closing out files on the office computer and making sure that a checklist was associated with each file. There were a number of steps in this task, but Terry was able to pick them up quickly and completed some of the closings independently. After the work experience, Terry said that she really enjoyed the work as well as the workplace. 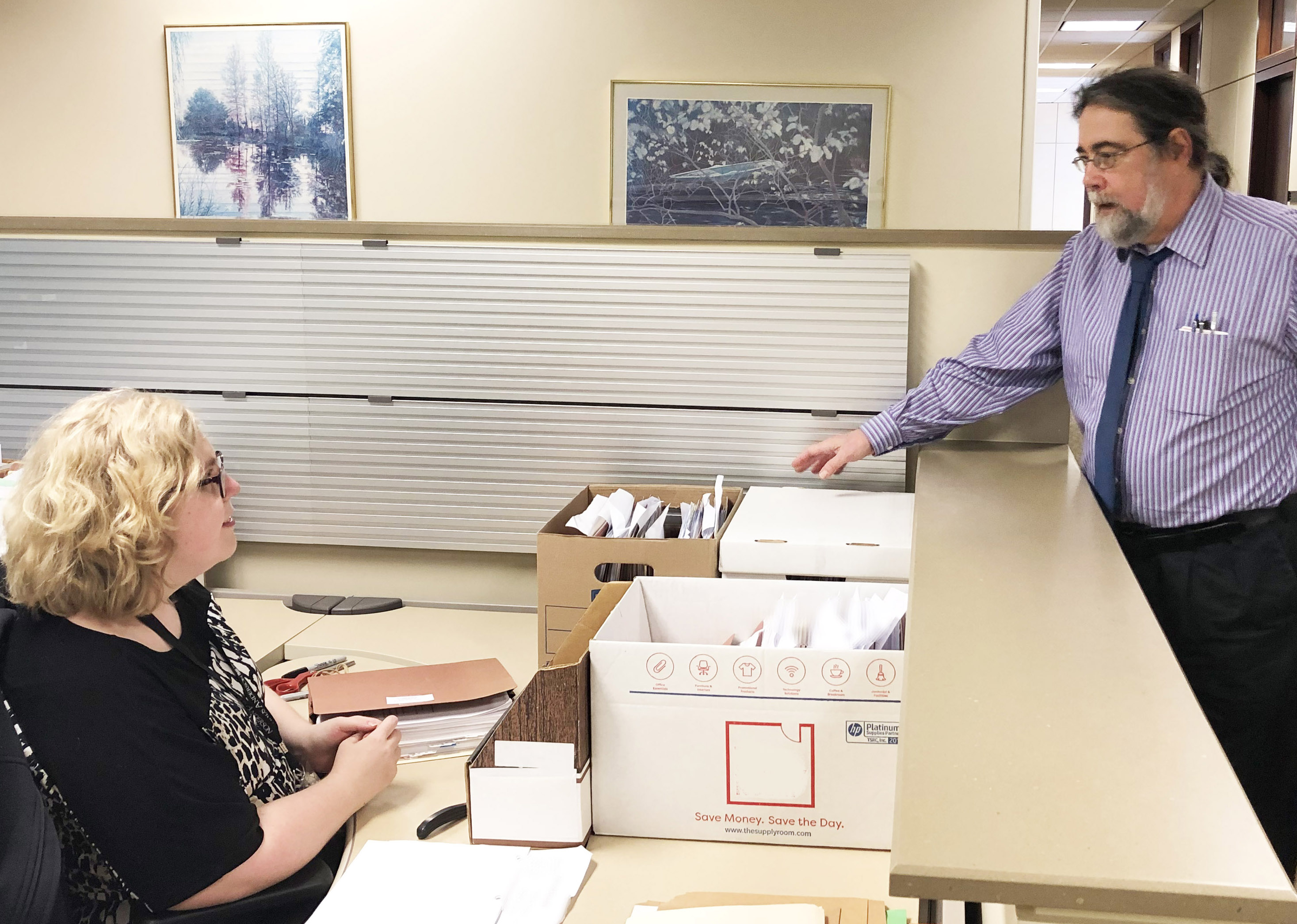 Terry was hired to work Tuesday, Wednesday, and Thursday for 10 1/2 hours a week at $10 an hour. Her customized job duty is to prepare boxes and files to be scanned. The employment specialist provided initial support to assist Terry in making a daily plan. Terry’s daily plan includes 1) checking in with her supervisor, 2) setting her phone alarms for taking a break and cleaning up from her shift, 3) asking her supervisor or coworker when she needs boxes and 4) asking when she needs boxes taken from her desk. The onsite support that her supervisor and coworkers give Terry has been crucial to her success and independence. The employment specialist started fading from the office three weeks into her employment, and Terry was independent after five weeks with workplace support. There is plenty of room for her to grow and assume additional tasks, and Terry loves her job!

Terry had many skills and really wanted to work but had not been able to find employment. With the assistance of an employment specialist using her own SOCIAL CAPITAL and the SOCIAL CAPITAL of people that she knew, Terry was able to find a job that she enjoys. The VCU-DRRP would like to thank “Terry” for sharing her story and for the support of Sands Anderson, the law office where she is now employed.

Virginia Commonwealth University's Disability Rehabilitation Research Project on Customized Employment (VCU-DRRP) is researching the impact of customized employment on the employment outcomes of individuals with autism and/or intellectual disabilities. The random control trial study is in partnership with TransCen, Inc., and transition-age youth are being assisted in finding customized jobs of choice. The study is being conducted by two teams: one at VCU in Richmond, Virginia and one in Milwaukee, Wisconsin at Creative Employment Opportunities (CEO). Youth between the ages of 18 and 24 are being recruited to participate and are being randomly assigned to either the customized employment intervention or a control group. The control group participants are continuing their services as usual. At the close of the study, the employment outcomes achieved by the two groups will be compared.

This case study presents one of the customized employment participants from Richmond, Virginia. We would like to recognize her employment specialist, Michaela Lemieux, for assisting Terry. The authors of this case study are Katherine Inge, Michaela Lemieux, and Jennifer McDonough at Virginia Commonwealth University. If you have questions about this case study or about the VCU DRRP on Customized Employment, please contact Dr. Katherine Inge at kinge@vcu.edu or 804-828-5956.

The Disability and Rehabilitation Research Project (DRRP) on Customized Employment at VCU is funded by the National Institute on Disability, Independent Living, and Rehabilitation Research (NIDILRR grant number #90DP0085). NIDILRR is a Center within the Administration for Community Living (ACL), Department of Health and Human Services (HHS). The contents of this resource do not necessarily represent the policy of NIDILRR, ACL, or HHS, and you should not assume endorsement by the Federal Government.